VOICES OF THE LUCASVILLE UPRISING- Collections of various essays and articles off this site.  VOLUME 1   VOLUME 2   VOLUME 3  VOLUME 4

Repression Breeds Resistance (read online) Greg Curry recounting his self defence against the ODRC's attempts to torture murder him.

Is Being Muslim in Ohio a Capital Crime? Interview with the ACLU relating to the media access lawsuit.

Never Dormant On Death Row- Hasan and Bomani on the protests in Ferguson. Thanks to Sacramento Prisoner Support and Josie for lay out and intro.

BOOKS (links to where to purchase):

CONDEMNED- Keith LaMar's account of the uprising and it's aftermath.

LUCASVILLE: The Untold Story of a Prison Uprising-  A book by Staughton Lynd about the uprising.

LAYERS OF INJUSTICE- The Re-Examining Lucasville Essays edited and compiled into one document.No longer available.

The Great Incarcerator Part II: The Shadow of Lucasville- A documentary film about the uprising by D Jones.

The Lynds have been supporters of the Lucasville uprising prisoners since 1996. They have a long history of support for civil rights and for nonviolent alternatives to war.


Staughton was a history professor but no university would hire him after his activism during the Vietnam War.  First he, and then Alice, went to law school and became labor lawyers.  Staughton sued U.S. Steel in an unsuccessful effort to keep steel mills from shutting down and to permit worker community ownership.  Alice worked on employment discrimination cases, health and safety violations, and represented retirees who lost pension and medical benefits as a result of plant closings.


As volunteer attorneys for the American Civil Liberties Union of Ohio, the Lynds were two members of the team that brought a class action concerning the conditions of confinement and due process rights of prisoners at the Ohio State Penitentiary. That case went to the Supreme Court of the United States and established certain procedural rights for supermaximum security prisoners nationwide.  Staughton and Alice also wrote friend of the court briefs on behalf of several of the men sentenced to death for their alleged conduct during the Lucasville uprising.


Staughton and Alice have been exceedingly generous and helpful to those who built this site. They can be contacted via email at salynd@aol.com. More from Staughton Lynd, here.

RedBird Prison Abolition is a group of people in Columbus OH who want to see the prison system come to an end. The all volunteer group has no budget, substantial funding or formal mission statement. RedBird's activities are guided by correspondence with incarcerated people because prison abolition ought to begin with the needs of those most directly effected by the system.

RedBird members have been corresponding with many of Lucasville Uprising Prisoners, they have created and travelled around the US with a workshop about the uprising a number of plays about prison, and D Jones' documentary film about the uprising. 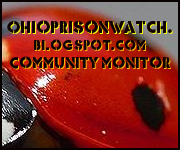 Ohio Prison Watch
Community resource for monitoring the treatment of prisoners in Ohio. Documenting Human Rights Abuses for those imprisoned. Prisoners speaking up for Humanity. "May the groans of the prisoners come before you; with your strong arm preserve those condemned to die. Psalm 79:10-12"
They've got a section dedicated to the Lucasville Uprising prisoners.

Prisonersolidarity.org serves as a catalyst for communication between prisoners and people on "the outside." It publishes updated research, news, opinion pieces and educational material from activists, writers, prisoners, and the concerned public.
In addition to this more general work, Prisoner Solidarity maintains an extensive archive of Lucasville related articles, essays and information.

Lucasville Uprising Freedom Network
Organizers of a number of protests and support actions for the Lucasville inmates, particularly active during the 2011 Hungerstrike. They do not have a website, but have set up a facebook group and  members produce content for Workers World. Can be reached via email at sdanann@gmail.com