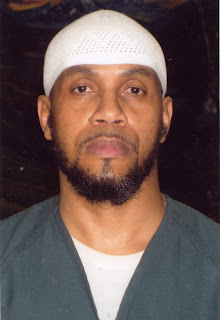 Hasan's Attorney, Rick Kerger filed a lawsuit and temporary restraining order to restore phone access on account of the conduct report against Hasan being patently absurd.

The court held a hearing on the request, but denied relief and in fact dismissed the case until Hasan exhausts all administrative remedies. Kerger argued against the validity of the restrictions on several different levels, but the judge refused to part from the ODRC's position.

Before the decision, Hasan sent this message to supporters:

...OSP is only interested in cutting off my direct communications with the national media prior to tomorrow, September 9th. Believe it or not, I had already anticipated that OSP would excommunicate me as we got closer to labor strike and work stoppage; however, I did not anticipate they would fabricate terroristic charge to accomplish their diabolical objective. My situation has taught me a valuable lesson or two: (1) Never underestimate your adversary, and (2) Always remember that a formidable adversary will do anything and everything to silence your voice and movement. In short, said adversary does not play fair; instead, it plays to win by any means necessary. And since the gloves are now off, we must learn to fight with fire while staying the course. So come what may and let the wind blow wherever, for we are the ones who stand on the right side of history in our peaceful fight to end prison slavery and mass incarceration. Finally, if we truly believe in the righteousness of our fight, then we must prepare ourselves for the unexpected twists and turns. What they have done to me is only a small sample of what these wicked people will do to maintain the status quo – that is, wealth power and control.
In conclusion, let us be fearless but vigilant, peaceful but ready to strike back whenever attacked, but most of all let us be organized and put up some stiff resistance against this formidable adversary.

With Revolutionary and Salute!