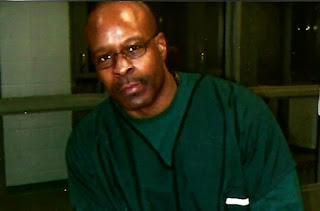 Today the Supreme Court of the United States of America rejected the Writ of Certiori for Keith LaMar's case. The USSC hears less than 1% of such cases, so we are not surprised or deterred by this rejection.

It does mean that the State of Ohio is now authorized to set an execution date for Keith. It also means that his court-appointed lawyers, Kate McGarry and David Doughton, who he has not been satisfied with are released from the case.

Unless something extraordinary happens, it will take The State of Ohio at least a few more years to execute Keith. We expect them to give him a death date in he next few weeks or months, but for that date to fall at the end of a long list of people they intend to murder. As soon as they release the date, we will let everyone know.

In the interim, we now have the opportunity to get Keith the legal representation he deserves. We are in negotiations with lawyers who may represent Keith in one or more of the following ways:


- filing a claim of ineffective assistance of council since McGarry and Doughton failed to file briefs requesting expanded access to evidence, even though he asked them to, and they promised they would. Counsel for the other four men sentenced to death after the Lucasville Uprising did gain access to this evidence, and their cases are on hold while they comb the files, accumulating thousands of pages of evidence supporting exoneration.

- filing a "successor habeas" or "actual innocence" claim. These are long shot attempts to repeat the appeals process, and gain relief that was denied.

- representing Keith before the Adult Parole Authority when they have a clemency hearing for Keith. Even though Keith has repeatedly stated that he does not intend to beg for mercy from the state that desires to murder him unjustly, they will hold a hearing for just that purpose. Keith has been refusing to cooperate with his security reviews for years, writing "I protest this fraud" on their paperwork. Keith expects the clemency board to also be a fraud, which he intends to protest.


Keith is excited about the possibility of having legal council who will actually fight for him, but is trying to focus his energy on living, rather than simply not dying. To that end, we are hosting a series of national interactive phone conversations with him, and helping him raise money to send social justice books to juvenile correctional facilities through the Native Sons organization he founded. You can follow those activities online at: https://www.facebook.com/keithlamarcondemned