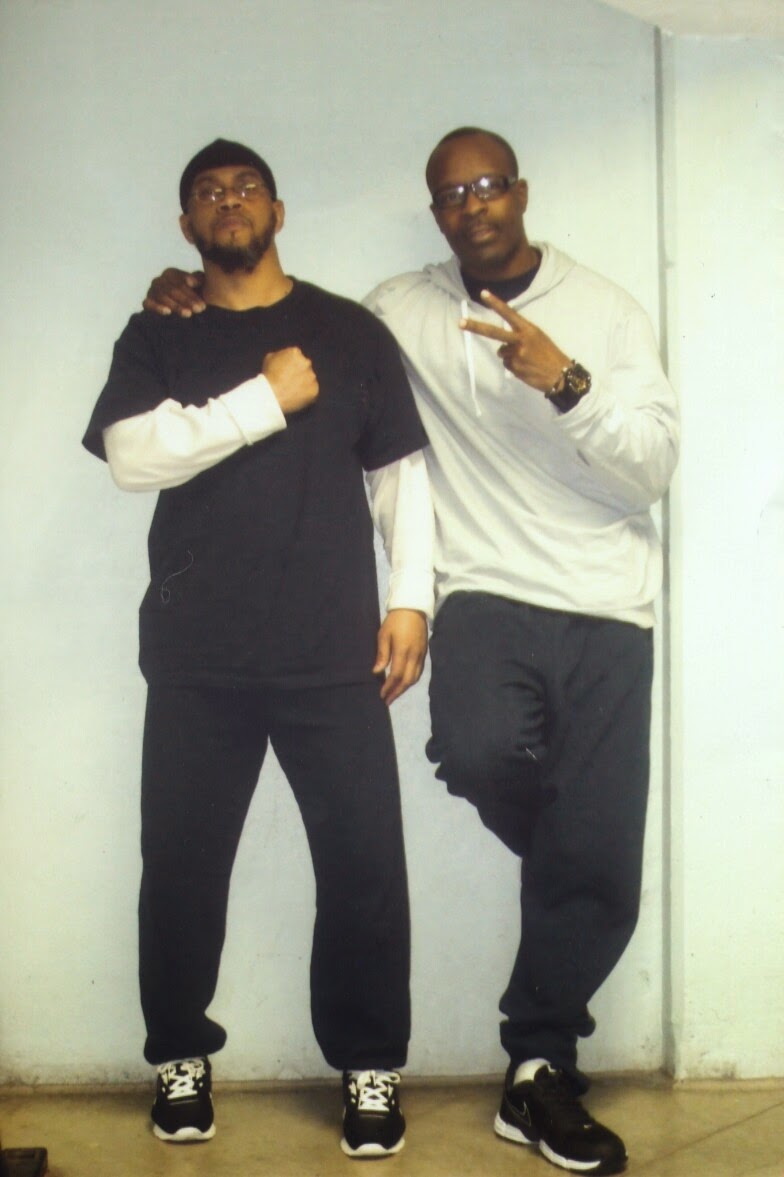 Sacramento Prisoner Support and other friends put together this zine of Hasan and Bomani's conversation about the Ferguson rebellion and The Black Lives Matter Movement.

Into from the zine:
On April 11, 1993, the Southern Ohio Correctional Facility in Lucasville, OH, was rocked when prisoners took control in what was the longest prison uprising in U.S. history. Prisoners were fighting back against a long string of new, harsh policies being implemented by the new warden, Arthur Tate. Mandated Tuberculin skin testing mandated with injections containing alcohol, which Muslim prisoners politely requested an alternative testing method to. Tate’s refusal to comply, along with his utter disrespect of Muslims, was the straw that broke the camel’s back.
Rising as one, with racial differences ignored, the prisoners took control of the facility. Several guards were taken hostage in the process. For eleven days a standoff existed. During that time, nine prisoners and one guard were killed
Siddique Hasan played a key role in negotiating a peaceful end to the siege, preventing additional violence & death from the state.
The Lucasville rebellion sent a shock wave of fear into the heart of the prison system, and the state was determined to teach a lesson to those who stand up & fight back. In the sham trials that followed, Hasan and four other leaders, Black and white, were scapegoated onto death row.
Although no eyewitness testimony and no material evidence link Hasan to the death of the cop, the state used jailhouse snitch testimony, along with a predominantly white jury in Cincinnati (a city notorious for its institutionalized racism), to get a conviction against Hasan in a trial reeking with the foul odors of racism and Islamaphobia.
Ohio prosecutors allege that Keith Lamar was the leader of a group of prisoners dubbed “the death squad” and was responsible for ordering the deaths of five prisoners during the prison uprising, at Lucasville in 1993. Since the uprising he has taken the African name Bomani Shakur. Bomani Shakur has proclaimed his innocence. He reports that police beat him, left him naked in freezing conditions for long periods in cells without plumbing in order to make him confess to acts he didn’t commit and to get him to become a witness for the state. He encouraged other prisoners not to make false confessions or turn state’s evidence.
Siddique Hasan, and Bomani Shakur are now on death row as a part of the Lucasville Uprising.

On August 9, 2014 in Ferguson, Missouri eighteen year old Mike Brown was murdered by white police officer, Darren Wilson. It didn’t take long for this to spark a rebellion that was felt by Ferguson, the entire St. Louis area, and the world. There are communities all over north America that have been dealing with racism, and terrorism implemented by the police. The courage of those who took part in the uprising that swelled Ferguson and the surrounding area inspired those areas that have been feeling that same repression to fight back just the same.
It has been a long time since Siddique Hasan, and Bomani Shakur could actually stand face to face and discuss the fight that exists inside or outside the prison walls, for a better world. They’ve typed up a reconstruction of discussions they’ve had on these events, and are eager to share it with the world.
They have been locked in solitary confinement for over two decades, while they struggle against death sentences. After years of constant effort and repeated hunger strikes, they’ve recently won the ability to spend their scant hours outside their cells together. It is not just what they discuss here in the following pages of this zine, but the setting where this discussion takes place, and the understanding that this is what takes place when these two great minds come together.