Amicus brief written by Staughton Lynd, more accessible language, makes the argument that Keith ought to have access to broader discovery.

Among the death penalty cases coming out of the 1993 uprising at the Southern Ohio Correctional Facility in Lucasville, the case of Keith LaMar (Bomani Shakur) is the most advanced.  It is in the United States Court of Appeals for the Sixth Circuit.  Keith's attorneys have filed their briefs. The State has one more brief to file by July 8, 2013.  A panel of three judges will hear oral argument.  It will probably be a number of months before oral argument is scheduled.  Keith will not be present at the oral argument.  There are a number of issues that could lead to a decision either favorable or unfavorable to Keith and there is a range of possibilities as to what the court might order.

Several organizations are supporting Keith's appeal.  A friend of the court brief was filed by the American Civil Liberties Union of Ohio, the Center for Constitutional Rights, The Innocence Network and the Ohio Association of Criminal Defense Lawyers.  Staughton Lynd wrote the amicus brief as a volunteer attorney for the ACLU of Ohio; it is co-signed by James L. Hardiman, Legal Director, of the ACLU of Ohio.
Once the date of the oral argument is announced, events in support of Keith will be planned in Cincinnati and further details will be posted on this website.
The Sixth Circuit Court of Appeals is the last stage at which the courts are required to consider his case.  After the Sixth Circuit rules, either side can request "en banc" reconsideration by all of the judges on that court, but reconsideration can be denied.  After that, either side can appeal to the Supreme Court of the United States, but the Supreme Court can refuse to hear the case.
What you can do:
1.  Attend the oral argument.
2.  Host a screening and discussion of The Shadow of Lucasville.
3.  Write letters to Keith LaMar, #317-117, 878 Coitsville-Hubbard Road, Youngstown, Ohio 44505-4635.
4.  Write letters to the editor of your local or campus newspaper. 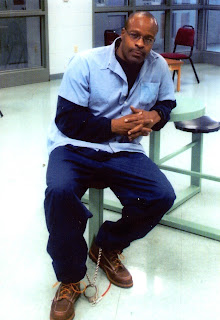