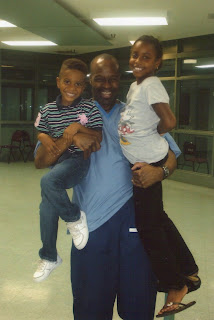 Bomani Shakur is expected to have a court date in Cincinnati next spring. These will be oral arguments for the appeal of his death penalty case. Bomani will not be allowed in the court room, but we will. Lots of us. We hope you're ready to join us.

Here's what we know of the schedule at this time.
In the case of Keith LaMar vs. Warden, briefs are to be filed during the coming months in the United States Court of Appeals in Cincinnati.  Both sides are appealing.  This is the schedule as it now stands:


First Brief, December 31, 2012, to be filed by counsel for Petitioner-Appellant (LaMar);
Second Brief, March 4, 2013, to be filed by counsel for Cross-Appellant/Appellee (Warden);
Third Brief, May 6, 2013, Appellant Reply/Cross-Appellee's Response Brief;
Fourth Brief (optional), 17 days after Third Brief, Cross-Appellant's Reply.
Friend of the court briefs are to be filed within 7 days of the first brief by the party being supported.
It is likely to be months after the last brief is filed before the court will hear oral argument in Cincinnati.
at 11:33 AM 2 comments:

Lynds' Statement to Senate Judiciary Committee on Solitary at OSP

Hearing before the Senate Judiciary Subcommittee on the Constitution, Civil Rights,
and Human Rights on Solitary Confinement in U.S. Prisons
July 19, 2012

Statement by Alice and Staughton Lynd