Earlier this week my friend Bomani Shakur hugged his cousin for the first time in almost twenty years. It is not a reunion. They have spoken and visited each other many times, but were always separated by steel doors, thick bullet proof glass and unyielding correctional officers. Bomani is incarcerated at our super-max prison, the Ohio StatePenitentiary (OSP). He spends twenty-three hours a day in an seven by eleven foot cell. If the State of Ohio has its way, he’ll stay there until a group of its employees come to strap him to a gurney and inject him full of poison.

He has been at OSP since it opened in 1998.  Before that, he was held in similar conditions at Mansfield Correctional. Before that, he had the misfortune of being locked up at the Southern Ohio Correctional Facility (SOCF) during the riot that evolved into The Lucasville Uprising. After he surrendered at three am on the first night of the uprising, correctional officers stripped him and packed him into a cell designed for two prisoners with eleven other naked traumatized men. He saw one of those men get strangled to death that night. 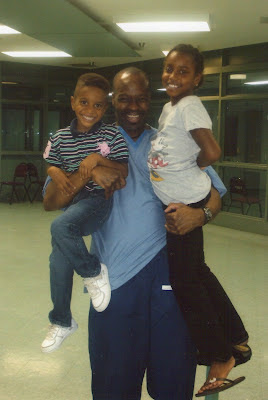 Bomani is sentenced to death because he refused to talk to or cooperate with the investigators, administrators and the legal system that has treated him and his fellow prisoners this way. He refused to snitch, he stood through a trial that provided him with no chance of proving his innocence, and duringsentencing, he committed to fighting the system until it kills him.

His fight has not won him freedom yet, and the state still holds the threat of lethal injection over his head, but there seems to be progress. The last few years have seen a number of small victories for Bomani and others incarcerated for the same reasons, or in the same conditions. Victories like improved food and programming, increased access totelephone and legal resources, more time on the range or in the concrete box they call “outdoor rec”. Victories like hugging his family.

The hug is remarkable for many reasons, and shows something important about the way these guys fight, and the reason the State of Ohio finds them so threatening. Bomani wasn’t in the fight that won him full contact visits. His friend Jason Robb fought that one. Starting June sixth, Jason went on hunger strike for nine days, and the agreement he negotiated with Warden David Bobby included full contact visits for all four death sentenced Lucasville Uprising prisoners held at OSP.

This is remarkable because Jason’s family lives in California. He wasn’t demanding contact visits. His family won’t be coming to see him any time soon, or anywhere near as often as Bomani will see his family, who live in Cleveland. Jason went on hunger strike demanding transfer to Chillicothe Correctional, where the rest of death row, including his long time friend and brother, George Skatzes is housed. He settled for the Warden’soffer of full contact visits, congregate rec (spending recreation time in pairs, rather than solitary) and increased frequency of security reviews, largely because those changes benefit others beyond himself.

All of that is interesting, but the most remarkable thing about this story, is that Bomani and Jason are supposed to hate each other. Jason is allegedly affiliated with the Aryan Brotherhood. Bomani is a black man, as are SiddiqueAbdullah Hasan and Namir Mateen, the other two prisoners who benefit from this new arrangement. Jason allegedly represented and negotiated on behalf of the Aryans during the uprising. He “cliqued-up” with the AB to avoid being attacked when he was first incarcerated at the age of seventeen. To those of us on the outside those facts alone are enough to think of Jason as a monster. Why would such a man starve himself for nine days, and give up on being with his brother George in exchange for spending time with three black guys? What is going on here?

Everyone knows that prison is a dangerous place. We’re familiar with the idea of prison factions and race-based gangs. Some of us even understand how prison administrators use these factions to keep prisoners at each others’ throats. At SOCF, before the uprising, Warden Arthur Tate used this tactic extensively, celling known white supremacists with minorities to sow prisoner-on-prisoner violence and tension within the facility.

If we look more closely at the uprising, we can get a glimpse of what’s going on here. In April of 1993, when the violent and tense arrangements Tate and the COs had set up overflowed and came back at the guards and the prison itself, everything changed. The prison administration and the media assumed there would be a race riot, a blood bath. Seems like they hoped for it, and some maybe even planned on it. They were so certain that the news falsely reported bodies piling up in the occupied cell-block. Instead, the prisoners discovered something that also explains Jason’s current actions to the rest of us: Convict Unity. 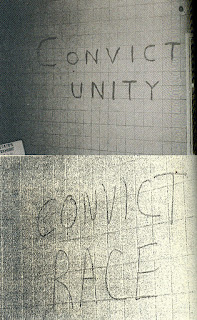 They re-segregated themselves, adopted a policy of “discipline your own”, formed delegations to negotiate and coordinate, and most importantly, they very quickly understood who their common enemy was: the prison. They formed a solidarity that crossed and even redefined the boundaries of race. They wrote on the walls, not only “convict unity” but also “convict race”. For those eleven days, when they wrested control of their lives back from their captors, they became -or at least were able to see themselves as becoming- something new, a new race, a different sort of human being.

In the almost twenty years since the uprising, some part of this becoming has continued and held strong. It is expressed not only in Jason’s hunger strike, but also in the sharing of legal discovery, the group hunger strikes, the daily tit-for-tat of negotiations with the COs who unevenly enforce arbitrary rules. Most significantly, convict unity is expressed in their continued refusal to lie and testify against each other, despite great pressure from the state and likely also from their individual lawyers. They stand together facing down a very literal threat of an almost mechanically inevitable death at the hands of the State of Ohio.

Anarchists, left activists and abolitionists, with our anti-racist analysis and strict definitions might be least likely to accept any explanation of Jason’s choices. We have simplified assumptions about racial dynamics in prison. We assume that Jason is a nazi, a white supremacist, an ignorant and hateful coward. We don’t accept it when he denies these labels. We refuse to recognize the difference he draws between “sepratist” and “supremacist”.


I’m not trying to apologize for Jason, for his beliefs or his affiliation. I’m troubled when I visit with him and hear him talk about the history of the white race. Like many black separatists, Jason sees the North American genocide, the horrors of slavery, the holocaust, the many other evils committed by Europeans and their descendants as inherent characteristics of white people. For him, there is a malignant, selfish, destructive tendency that I, like he, ought to accept or reconcile as a part of my white nature. I will not accept that kind of essentialism, whether from Jason or a black separatist, whatever demographic or identity it’s directed at. I prefer Bomani or Hasan’s position, that our actions and our character far outweigh our complexion or our creed, that race is a tool created by the ruling class to divide the rest of us against each other.

I’m writing this to demonstrate and acknowledge the complexity of prisoners’ lives. Jason understands that race is a tool of division and oppression as well. He’s committed more to fighting together against that tool than I hope I’ll ever be forced to commit.

Warden David Bobby framed his counter offer in the logic of a prison administrator. By his logic, these changes give Jason, Bomani, Hasan and Namir opportunities to demonstrate that they can play nice with others, that they won’t be violent or break the rules. I can’t speak for any of the prisoners, but I don’t put a lot of stock in this kind of institutional logic. Prison administrators both above and below Warden Bobby have many opportunities to invent incidents, distort reality, or simply deny appeals because they are arbitrary stubborn bastards. 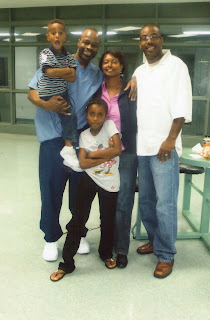 There is an effect of these changes that I do find important and reliable, much more than this prison logic of step-down procedures and security reviews. The guys are now less isolated. They have more contact and opportunities to gain strength from visitors, loved ones, and from each other. This strength means so much more. It is how we will win, by fighting. Not by the decree or decisions of our capricious enemies in the ODRC or the State of Ohio.

Convict unity is not exclusive to these guys. The public statements of prisoners participating in work stoppages and hunger strikes in Georgia and California focus on allegiances, Aryans, Blacks, Hispanics, standing together. The group I work with, RedBird Prison Abolition has received letters from guys at SOCF trying to revive and maintain convict unity across street gangs, prison gangs and racial factions.

This is why the Lucasville Uprising is important. It teaches us all what can happen and how scared prison authorities get when prisoners come together. Convict unity is strength. This strength might even be essential to any successful resistance to prison authority. Our hesitation to recognize Jason Robb, to tell his story, to earn his trust and friendship is a missed opportunity to advocate and encourage this strength and unity among prisoners in resistance everywhere.
at 5:19 PM